WHO ARE WE?
Expertise
Our Environments
news
Inspiration
Our Services
Partners
Documentation
fr
en
it
Accueil
news
SFL’s design awarded at the MDO.Montercarlo Prize 2019 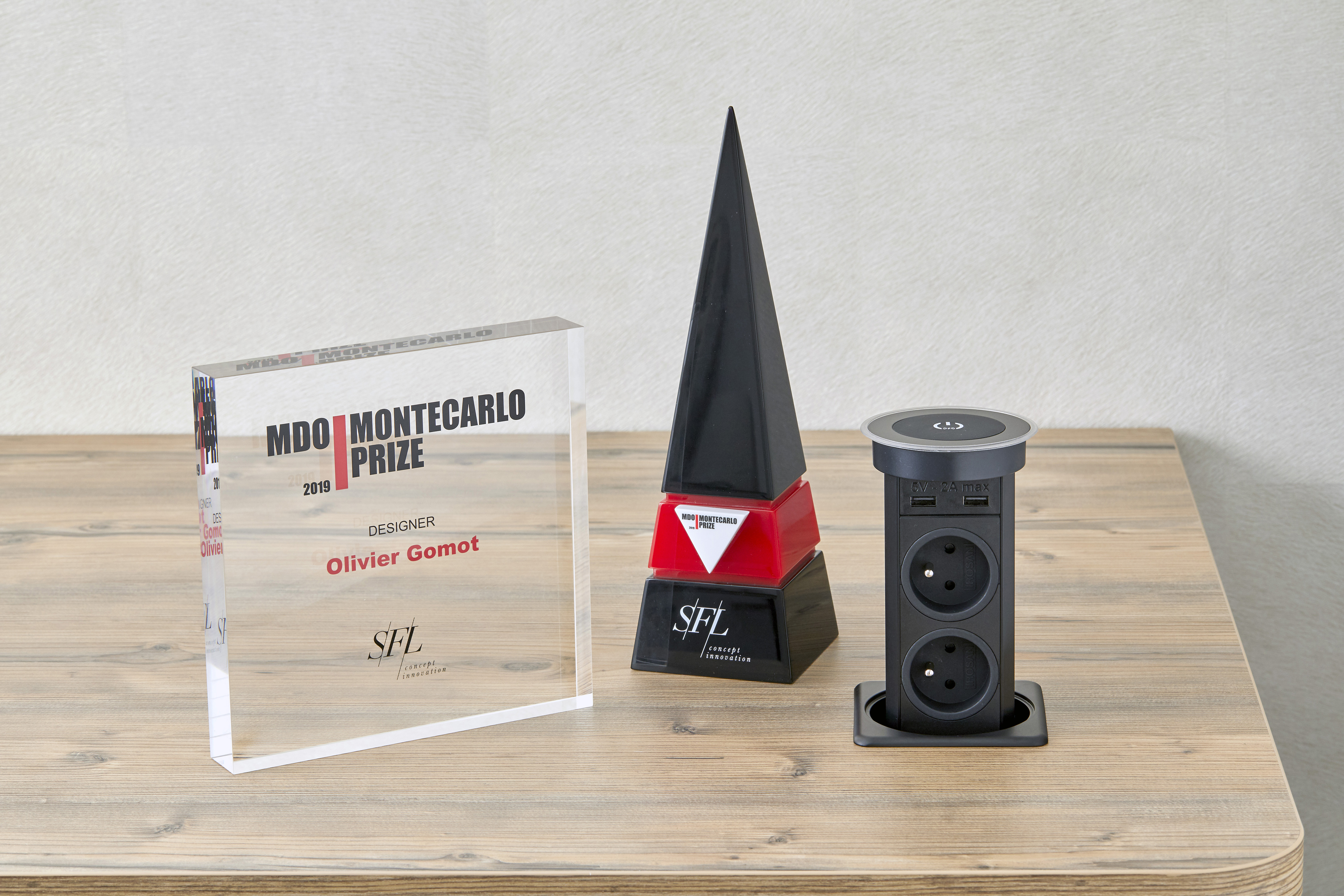 The work of SFL’s young designer Olivier Gomot gained the highest level of recognition in the first edition of the MDO.Montercarlo Prize 2019.

For its Automatick socket, conceived in 2018, the company was awarded the first prize in the category << manufacturer from any country presenting a product created by a young designer under 40 years old >>.

Industrial design is in the spotlights in Monaco. To prove it, the first edition of the MDO.Montercarlo Prize was organised in partnership with the most prestigious design institutions in Europe, like the ADI, Associazione per il Disegno Industriale, the IFI, International Federation of Interior architects/designers, and the French Institute of Design.

Amongst the 52 finalists, coming from 12 different nations, 14 manufacturers were awarded. For this first edition, the prize giving ceremony was held on January 23 at Yacht Club de Monaco, under the high Patronage of H.S.H Prince Albert II of Monaco. The most innovative companies were selected by a prestigious jury headed by architect Jean-Michel Wilmotte, and composed by Mario Botta, Richard England, Nicolas Roche of Roche Bobois and Patrice Pastor of J.B Pastor & Fils.

SFL always invested on the expertise of its designers. The MDO.Montercarlo Prize was a true acknowledgement of the relevance of this strategy for business development.

The Automatick socket, designed by talented Oliver Gomot, is an explosion of inventiveness, functionality, quality and aesthetics.

This double motorised built-in socket can be installed on a worktop or table of any material. It offers 2 sockets, 2 USB ports and also a certified QI induction charger. As a result, a smartphone can be charged wirelessly by simply putting it on top.

This product stands out for its quality: its IP44 isolation protects it from water projections when in closed position. The body is made out of black mat aluminum and its visible parts in metal, ensuring a long lifespan.

Because of its high standards for aesthetics and functionality, SFL can now figure amongst other world-class design companies that offer high-end products to the contract market.

The next MDO. Montecarlo Prize will be held again in 2021.

See all the news